Gameplay introduce of "The frontier"

In the map of the frontier, every server has an exclusive area. In addition, there also has a neutral zone. At set intervals, some bosses will arrive at each of those areas. You can catch and kill them to obtain the dropped high-ranking gear and Barb Mark. Barb Mark is used for exchanging honor titles like:Frontier Overlord, Frontier Warlord. Challenging the boss in the frontier has the time limitation. if it's time out, the boss will run away. So if you don't kill the boss within the time allotted， the challenge progress will be lost and you cannot get rewards.

3 days after opening the server, every Thursday and Sunday from 9:00 to 9:30 pm begins Ice city war. Every server is a factionevery server is a faction that aims to occupy the Ice city and get more points.After the city war ends, the faction that obtains the most points wins. The server that the faction belongs to will get rewards.Other factions will also obtain the corresponding rewards. The guild president of the victory faction who kills the most of the enemy becomes the owner of the Ice city, andthe player who kills the most of the enemy get the title "Snow land warlord”. They will obtain get exclusive time-limited cloth and title.

Gameplay 3: Escorting in the Frontier

Every day players can finish escort task in the frontier to get rare recourse--Chroma Crystal. You need to cross the neutral zone where has the danger that attacked by the enemy faction. 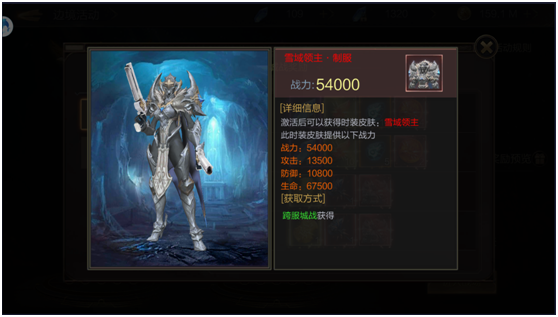